Mel Thunderbolt | In Memory of Charlotte the Pig
15571
post-template-default,single,single-post,postid-15571,single-format-standard,ajax_fade,page_not_loaded,,qode-title-hidden,hide_top_bar_on_mobile_header,qode-theme-ver-16.7,qode-theme-bridge,wpb-js-composer js-comp-ver-5.5.2,vc_responsive 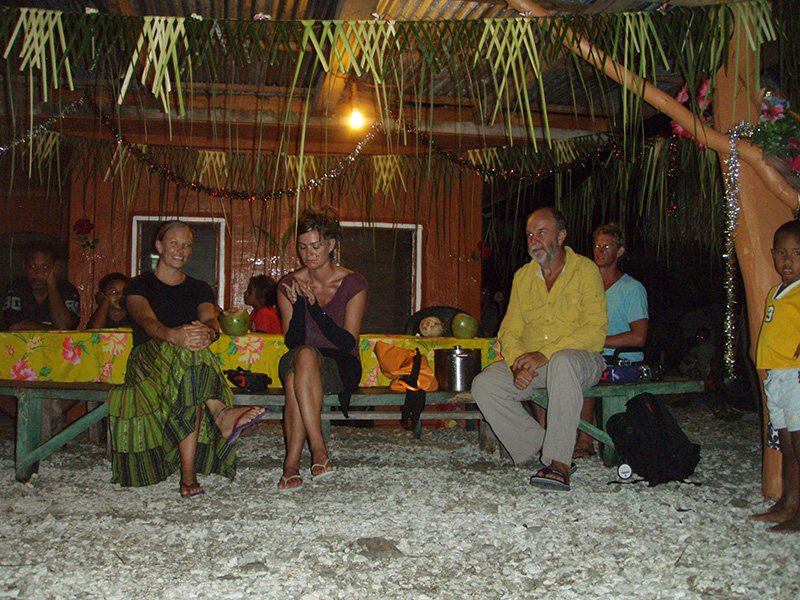 30 Aug In Memory of Charlotte the Pig

Posted at 00:00h in Sailing from the Philippines to New, Treasure Hunting through the Pacific by MelThunderbolt

We had been invited by the Chief on Kapingamarangi Atoll for a feast in our honor, an invite we could not decline.

We could see lots of hustle and bustle on land while sitting watching from our anchored boat on the morning of the festivities.  Everyone seemed to have extra speed in in their step as the men gathered wood for a huge fire and the women wove baskets for serving plates and swept the ground for a clearing. 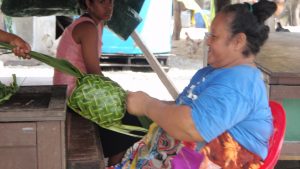 I was super excited for the feast until Don told me that they would be killing a pig for us to eat and we would have to watch the special ceremony and slaughter.

I couldn’t get the idea of the slaughter out of my head when we headed ashore.  While the rest of the crew headed off to the main clearing, I wandered through the alley ways of the village trying to clear my head.

I came across some children and asked them about the pig that was to be killed and they were eager to take me to the chosen prize. There she was, happily sniffing away at the ground, a rope tied to her leg to keep her from wandering off.  She was oblivious to the fact that she was living the last hour of her life.  With a lump in my throat, I named her Charlotte.

I watched her for a while, thinking of ways to help her avoid her death.  I thought about untying her leg and shouting “Run Charlotte! Run!”, but doubted she’d get very far and knew for certain that I would upset the village and the Chief – and I still wasn’t 100% certain about them not being cannibals.  They could get angry and cook us instead.

My ideas were hopeless and I sadly walked back to join the rest of the people.

The method and ceremony of slaughtering a pig is varied in different areas of the Pacific.

On Kapingamarangi Atoll the boy that is closest to 16 years of age must do the slaughter. He has to do it alone with no help. He has to take the pig to the sea water edge and then stick a knife into the pig’s neck and has to pull out the Jugular vein and slice it.  Once he has killed the pig, he is then pronounced a man.

The drumming and dancing began, the energy was infectious as ladies started singing and chanting in their language.  It was sweltering hot with not a breath of wind and the flies were there in full force, waiting for their meal.

Out of the jungle bushes came a long line of men, also singing and chanting.  The last in line was a young man walking the pig on her rope.  Her death-rope.

The community had formed a circle near the water’s edge.  I didn’t want to participate, never mind watch so without being disrespectful, I stood back from the crowd and focused on a fly that had landed on my foot, the sandy earth, and anything but what was happening around me. 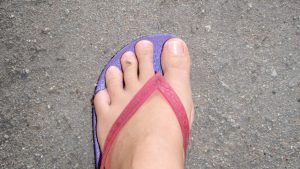 Focus on something else Mel

Even though I didn’t see the actual killing of Charlotte, the cries and squeals of terror and pain will haunt me for the rest of my life.  It sounded like she took forever to die and I later found out that the boy couldn’t find the Jugular and so it had taken longer than usual.

Once Charlotte had died, everyone congratulated the new young man and he looked accomplished as he cheered to his family and friends.  The men rinsed the pig in the sea and carried the dead-weight to a counter top where they poured boiling water over her to remove the hair. 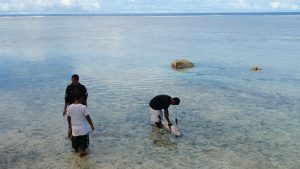 While the pig was cooking over an open fire, there was dancing and festivities.  Everyone was in high spirits. Everyone except me.

Finally, when I was served a plate full of pork, still with remaining hair that hadn’t been removed properly, I had a few forced bites to show my respect but I excused myself by saying I was not feeling well.

I will never forget Kapingamarangi Atoll, for its kind people, the beautiful scenery and of course for Charlotte the pig. 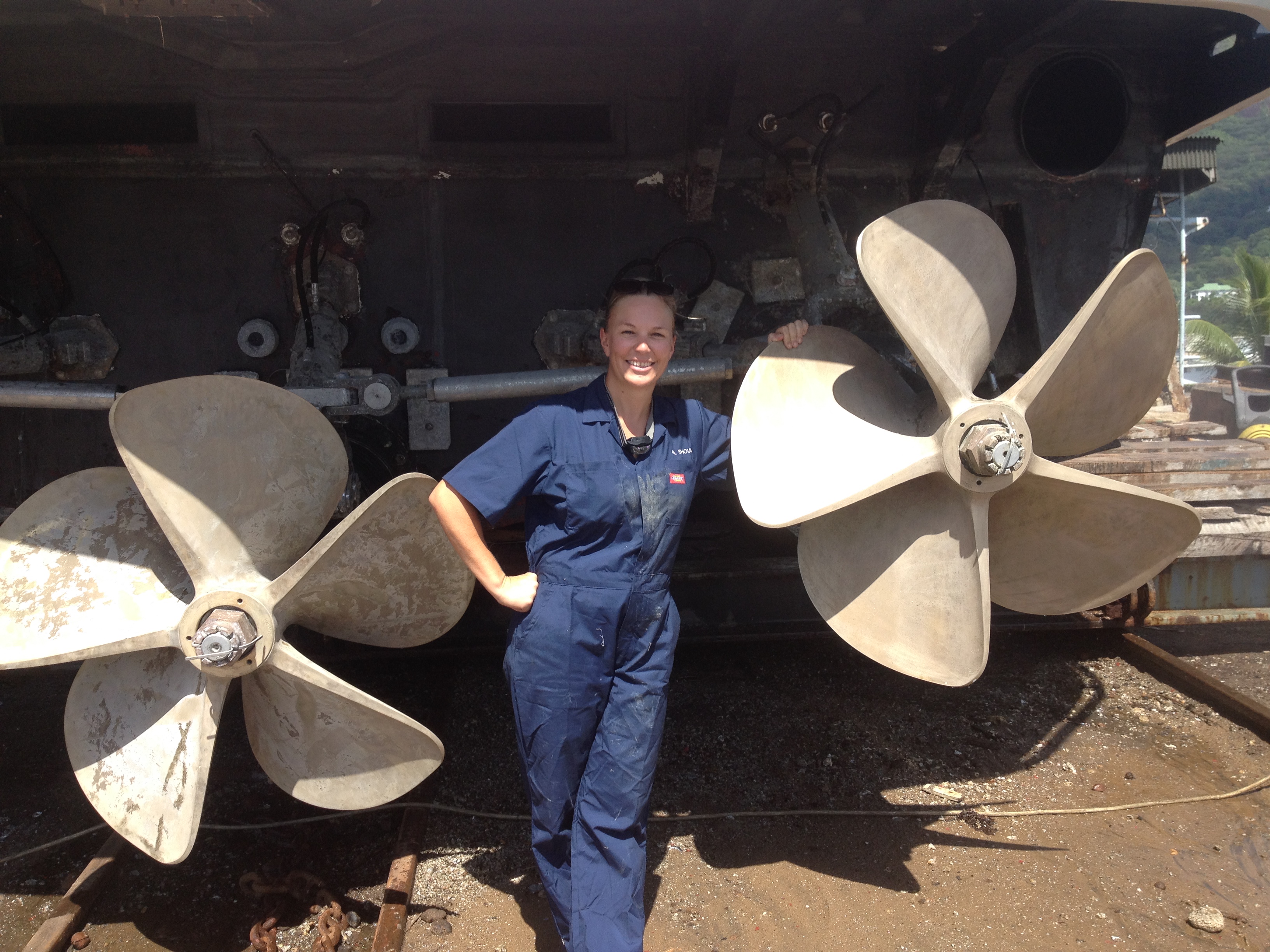